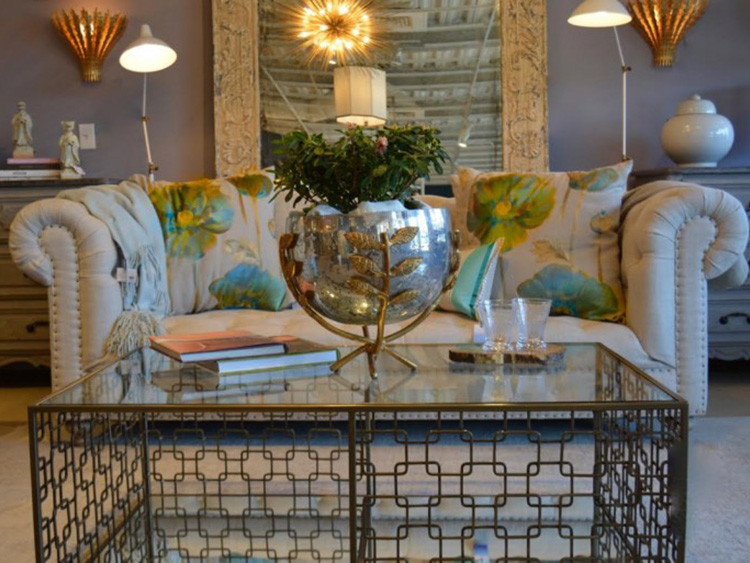 Focus on the Coast

Gigi’s Paysage: The Evolution of an Heirloom

“It was a natural evolution to take over.”

After working at Paysage for eight years, Gigi Sireyjol-Horsley is handling the transition to ownership like she does everything else, with class and style. When I ask her how she feels now that everything is official, her response could not be better. 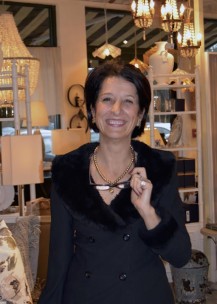 “I feel good. I have the best clients in town. The best team on my side. Beautiful things around me. What more can I ask? Life is great.”

For a woman who radiates such joy, it’s hard to imagine that fate hasn’t always been on her side. At one point in our conversation, I ask her what she would be if she wasn’t an interior designer. She tells me, “Cooking is a big passion for me.” She goes on to recount an experience she had while living in Savannah.

“I was in a very tough time of my life and this guy told me One day if you ever need help, just call me. At some point I guess I had mentioned that my dream was to put together French dinner parties. And the day came that I was really desperate and I said to myself, Let me see if I still have this card. So I call this guy, and his secretary tells me to come right over.

I was in tears, and I remember going to his office and he said, Let’s see what we can do…Can you host a party at my house in two weeks for 15 people? You set it up and do everything. And I said, sure, let’s give it a try! And then the panic sinks in.”

Two weeks later, Gigi found herself in an expansive kitchen in one of Savannah’s iconic homes, cooking for the top members of city society. The kitchen was so big that even the baby’s crib could fit in there. She had a cooking companion. The baby, Gigi mentions, was very young, maybe two or three weeks old. As she started her sauce, the baby begins to cry. 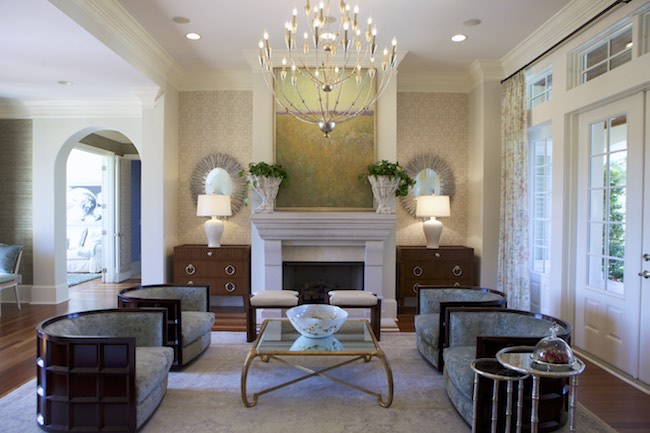 One of Gigi’s beloved clients homes

“So I did what every woman would have done. I picked up the baby, put him under my arms, and continued working on my sauce. And I remember this guy walking into the kitchen looking at me with his baby and I say to myself, Uh oh. I’m in trouble.” But that wasn’t the case at all. At the end of the dinner people stopped to tell her that they had never been to a party like that. The food was delicious, the flowers were beautiful. Gigi went on to host many parties for various people, but the thing that struck me most about this story, and what I’m sure also struck diners that night, is Gigi’s ability to humbly create the most beautiful things while still embracing what really matters.

Tara Waylett, Paysage’s new Public Relations Specialist, does not hide her love for Gigi and Paysage. “The home is central to the idea of family. And what Gigi does… I even tear up sometimes…is she creates that feeling in everyone’s house. It’s so personal. And each person walks in and knows that it’s their home. It’s their vision, but Gigi just put it together.” Gigi chimes in.“The last thing you want is to have Gigi coming through. I don’t want someone to walk in and say, Whoa! I know Gigi did this! That is failure all over. You want someone to walk in and say, Wow, this is beautiful.” 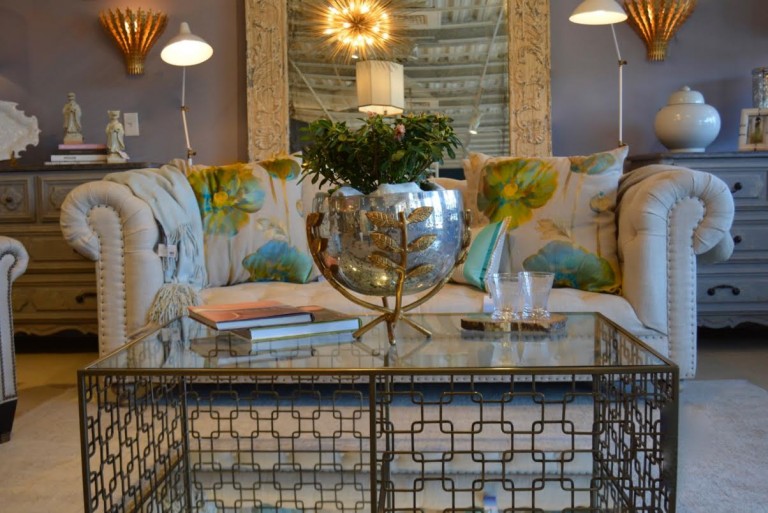 a peak inside the new Paysage

Tara and Gigi have both worked in the finance industry at certain points in their life, and while some might not see any relevance between the two fields, both women are quick to point out the similarities. Gigi says, “When you are a financial advisor, you have to listen to someone. It’s almost like being a priest…It’s listening, and getting from your client what they cannot say. And then with the tool you have, put it together. As I said to Tara, It’s a very similar job. It’s going into deep intimacy with someone. When you’re a financial advisor, you know every single thing about your client; things that a spouse or children don’t even know. Being a designer you go into the same kind of depths.”

The relationship between a designer and her client requires trust. “Her clients know she’s looking out for their best interest,” Tara says. “There are a handful of clients that would let her put something in their house without even seeing it!”

Gigi’s design strategy is key to creating this type of bond. Nothing ever starts until Gigi meets with you. While some design schools urge designers to start with a rug or a piece of art, Gigi doesn’t necessarily subscribe to traditional rules and limitations. “You start with what you have and what you are in love with,” says Gigi. “You have to go with your gut.” And it’s this feeling that leads to not only satisfied clients who later become friends, but a store filled with unique pieces they can barely keep on the floor.

Gigi recalls a story about a particular dresser. “I had ordered this dresser, and the truck came late one night. We were unloading everything and the two guys who were helping opened the dresser to check the condition. And the guy says to me, Oh my gosh, that dresser is so sexy! And gosh, that feels good when the delivery guy tells you a dresser you ordered is sexy. You know you’re getting something right!” 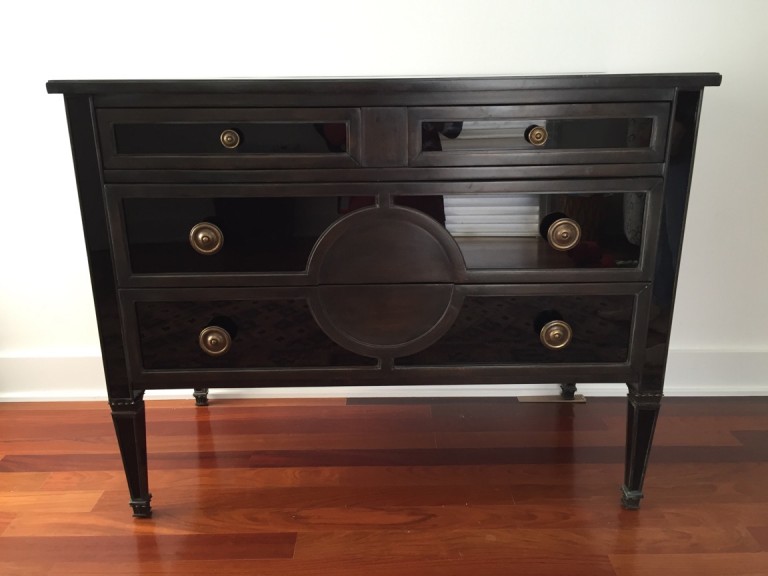 It’s this precise ability that Gigi has to hone in on what someone doesn’t necessarily want, but needs, has to have, even craves, in their home that separates her from the pack. Tara expands on this idea. “You think of design as being homey and comfortable, but you also want to describe something as sexy. That means there’s something intriguing about it. It’s something that excites you. You want to hang on to that piece and that feeling, that excitement.”

For those with an inherent talent, the medium often chooses the artist, but there’s no doubt that personal experience can also play an impactful role. Growing up in Africa with a mother whose passion was also interior design, Gigi spent lots of her time visiting antique stores and taking it all in. “Other kids grew up with TV and friends and all of that, but it was just me hanging out with my mother. And her passion being her passion, I didn’t have any other choice but to follow her around…I spent my Wednesday afternoons, Saturday, whatever day going from this one to that one and it was just normal to me…If you had asked me when I was 20 years old, I never would have put the experience with my mom and my passion together. But now, in almost every single one of my projects, she’s in the back of my mind.” 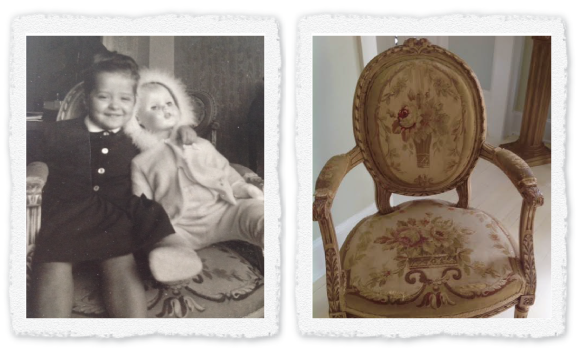 And just as Gigi carries the experiences she had with her mother, with her party planning business, the lessons learned from being a financial advisor, she also carries Jane and Richard’s Paysage legacy with her as the store moves forward.

“Jane and Richard did a very good job at establishing more than the business. They established the Paysage look, the Paysage reputation. That’s why people come to the store,” says Gigi. Moving forward she says, “the challenge is not to make a huge break from what Jane and Richard created because we don’t want to be someone else. We want to maintain and grow the brand.”

When I ask Gigi how she set out to do this, she says one of her first steps was hiring Tara. Tara exclaims, “That’s what I thought!” The joking manner between the two might make you think that they’ve been friends for years, even family. Of Tara, Gigi says, “She has a perfect personality. She belongs to this family.” 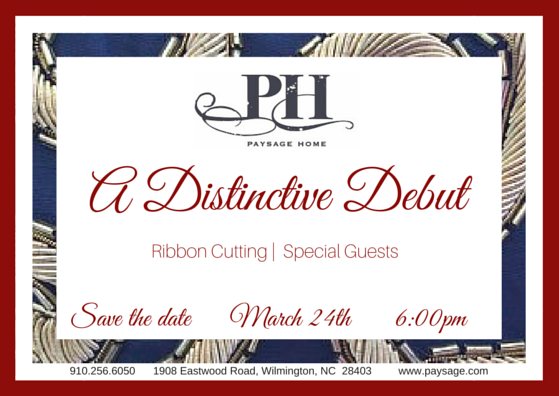 And with all of these changes also came the concept of The New Classic, an idea centered around the notion that one must start with a quality foundation. Walk into Paysage and you’ll find simple, but elegant pieces that will last a lifetime, and will always travel with you. “You must start with a quality base,” Gigi says. “When you’re building a house, you start with the foundation. If you put low quality materials on the foundation, your house will be that way.”

While Paysage has always carried quality pieces, you can now incorporate a few things from their newest partnership line, Ralph Lauren Home. Frequently customers have told Gigi and Tara that they have to fly to New York or Florida just to have access to this particular brand. In fact it isn’t even sold in the Carolinas. “Having Ralph Lauren Home here is huge,” Tara says. “It’s such a huge addition. It has a coastal aspect, but you can do so many things with it.” Which is precisely why it needs its own party, but of course, Gigi is the guest of honor.

A Distinctive Debut, Tara tells me, is “kind of reintroducing Paysage with Gigi’s fresh energy.” If you want to be a part of the event and see all the beautiful, new offerings from the exclusive Ralph Lauren Home line, the event takes place March 24th at 6:00 pm. A Distinctive Debut will feature special guests, a ribbon cutting, and more. For details and to RSVP, visit Paysage’s website, or stop in and meet the team!