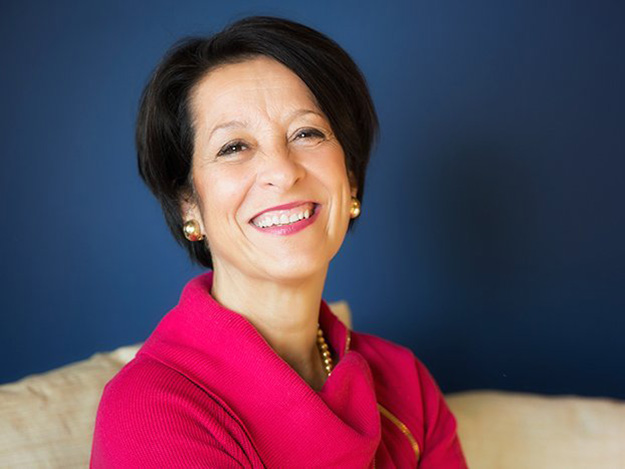 Wilma On the Web

‘A Reason for Being Here’

Gigi Sireyjol-Horsley took over Paysage with a vision in mind

In interior design, every piece of furniture serves as an accent to another to create a stunning space that’s pleasing to the eye. And as if by divine design, GIGI SIREYJOL-HORSLEY’s life appears to be fashioned with beauty and the client in mind, as well.

From a financial adviser to a caterer, the interior designer’s life has been peppered with a myriad of careers that equipped her for her latest role as the new owner of PAYSAGE HOME at Lumina Station. She already has major plans for the home furnishings store.

“I would love to have a bunch of Paysages all over the country – baby Paysages,” she says with a smile. “We are going to try to start with making this one the home base and make it healthy and strong enough to be able to take over some little ones in the future.”

Long before she took on ownership of Paysage in December, the effortlessly chic French native knew she had an eye for interior style. She was practically born into it. Her mother, after all, was an interior designer.

“She was a very talented person, and whatever she was touching was becoming gold in her hands,” she recounts, of her childhood in France and later North Africa. “Where mom was going, I was going. So I grew up being on the knees of every single interior designer and fancy antique dealer of Casablanca.”

Describing her mother’s style as “classic” with a touch of the unanticipated, Sireyjol-Horsley hints that there were aspects of her mother’s design aesthetic that resonated for her.

“She was always finding a way to move out from the expected, and (find) that thing which was going to make it special,” she says.

It seemed inevitable that Sireyjol-Horsley would enter the realm of interior designing, but she decided to attend law school in Nice, France, instead. She obtained her degree and took on a high-powered position in finance, where she developed close relationships with her clients to address their lifestyles and needs.

She eventually left the world of finance to delve into catering. She threw marvelous French dinner soirees, complete with sumptuous food, flowers, and dinner service. Sireyjol-Horsley thrived in these environments, despite their seemingly expansive differences. It would be those unexpected twists and turns that would prove to be the accents in her life’s design.

A Path to Paysage

Roughly eighteen years ago, Sireyjol-Horsley moved stateside and eventually made her way to Wilmington. She took on a position at Paysage as a sales and design associate, under the ownership of Jane and Richard Marquard. She didn’t immediately serve as an interior designer, but she took notice of the owners’ pursuit for one.

“It was always the difficult part to hire a designer who was being an artist but being more than an artist; being also a financial person and just being able to work the numbers as well as work in the colors,” she says. “It’s kind of two different parts of the brain.”

With her former experience as a financial adviser and the eye for design she inherited from her mother, she became a shoo-in. She grew known for her design flair and ability to handpick the perfect pieces for her clients. Her modern yet elegant approach to design and ability to curate pieces for the shop became her calling card.

“If you really want to get to what your client doesn’t know but is expecting, you have to create this bond with your client and read between lines. That’s what you have to do when you are financial adviser,” she says. “With the catering business … It’s making a magic night, magic event, through the beauty of everything, through the beauty of the home … I never did two parties with the same menu or the same food on the table, as much as I would never have two homes looking the same.”

Amid her growth at Paysage, Sireyjol-Horsley’s mother passed. It was during this difficult time that Richard Marquard asked her about her dreams. Her reply was simple: “Just owning Paysage.”

The designer said she’d never think to say that until that moment.

Under Sireyjol-Horsley’s stead, the Paysage brand, much like her career, continues to evolve.

The words “The New Classic” are sprawled across its website, signaling a need for a solid design foundation for a beautifully finished product.

Most of the items in the store are Sireyjol-Horsley’s personal favorites, in part because she handpicks each item with her clients in mind.

“For some pieces we hunt them, wait a year to have them. It’s not just going through a catalog and saying, ‘I want ten of those, five of those, and three of those,’’ she quips. “I think that’s what people feel when they come to Paysage. They feel that every piece has a reason for being here.”